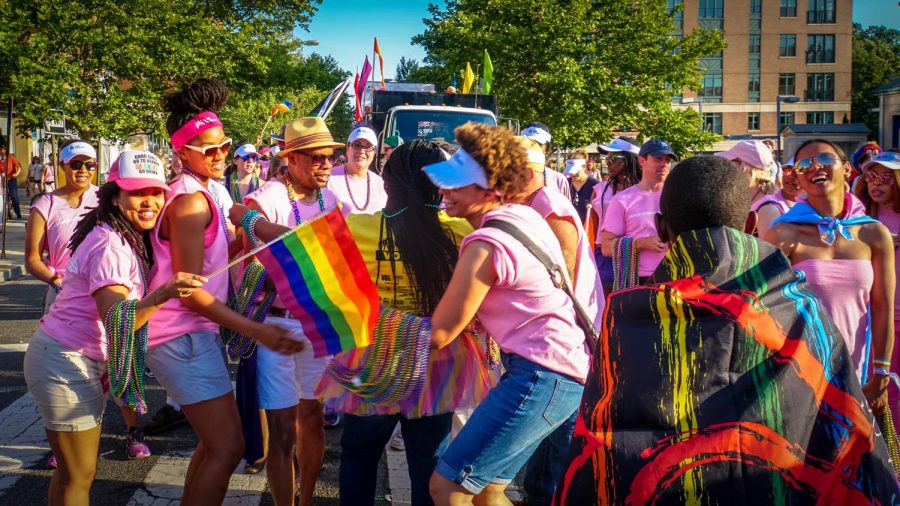 Hi, it’s me again. Yeah, I’m writing another article on another word that shouldn’t be used by certain people. “Faggot.” I guess that’s what I am, and it’s a word that I have learned to reclaim and somewhat find a pride in. However, just because I am using the word without a censor and even labeling myself as one, it does not mean it can be used freely by anyone. If you’re not a part of the LGBTQ+ community, then don’t use it. The word is still being used in homophobic connotations to this day and is used in negative context.

Phrases are used, such as “That is/You are so gay” (to refer to something or someone that is lame or emotionally mushy) and “Stop being a faggot” (when someone, more often men, shows an ounce of emotion) to practice homophobia. They should not be overlooked just because they have become some sort of slang word or phrase. But, why exactly are men called faggots? Due to the abundance of stereotypes. Besides using it as a slur against gays, the word also tucks at the perception of masculinity. According to Benny James from Odyssey, a theory on the word’s origin “was used as a slur for women first. Since a bundle of sticks was typically a not-fun burden to carry, men used it to describe women, because misogyny. Over time, since gay men were typically seen as woman-like, and therefore the term gradually shifted to just being used against gay men.”Displaying vulnerability and having overall feminine qualities can lead a man to be referred to as a faggot, regardless of sexuality. Due to toxic masculinity, “feminine” attributes are seen as negative. The usage of faggot and what is perceived to be a faggot has its history with gender roles and blatant homophobia. In “An Open Letter to People Who Still Use ‘Faggot’ as an Insult,” Casey Cavanagh from the Huffington Post states:
Be responsible. Hold yourself accountable. Pay attention to the words you use, the way you articulate yourself, and be aware of how the things you say may affect people around you. At the very least, take the time to understand the origin of a controversial term you use and the meaning it has for other people in our society before deciding not only whether or not you have the right to say it, but what feeling entitled to do so says about you.
When I talk to my gay friends, we use words such as “fag” and “faggot.” We use it because it has been used against us; we have mutual understandings that it is not being used in spite between us. We use it because we are reclaiming the idea of being faggots. What was once used to shame and belittle us, is now being used by us to take away the negative connotations that make up our identity. The context differs when we use it amongst each other. As Gabe Bergado writes in his article, “Taking the Taboo Out of ‘Fag’”:
As a gay community, we need to take the word back. To make it our own and use it as a reminder of our past struggles as a community. To commit to the work that still needs to be done….And for those outside of the gay community, they need to be educated on the context of the word. Instead of it being an empty insult, they need to understand who is permitted to use it and what the purpose is in doing so.
And yet with both past and present trauma and discrimination faced by members of the LGBTQ+ community——getting called “faggot” on the street and in school hallways, getting beat up due to sexuality/identity, etc.——we still get told that a slur used against us, either directly or indirectly, is “just a word.” Well, it’s not.