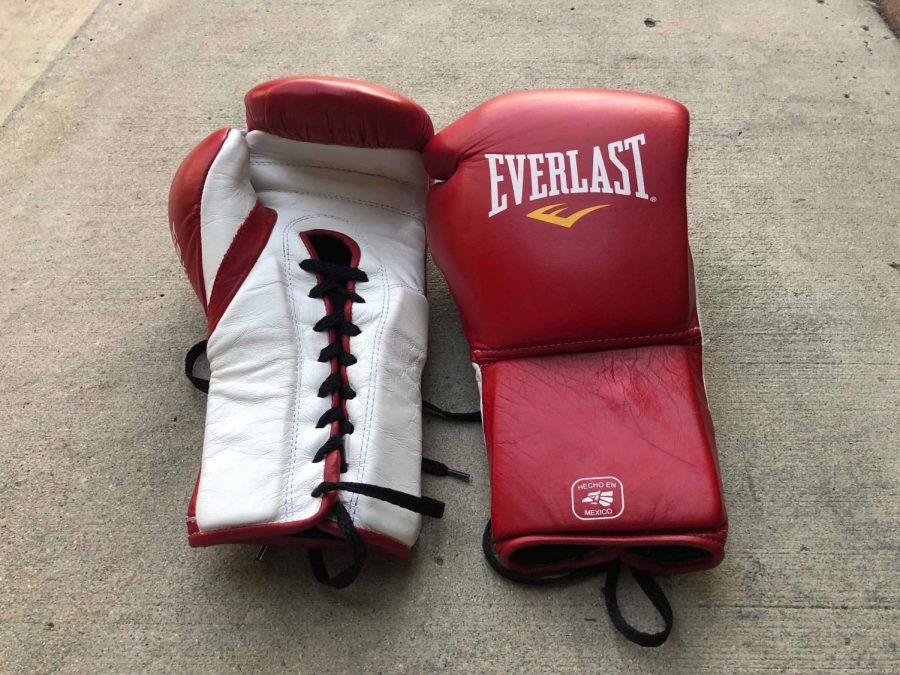 The crowd is cheering and chanting, the lights are sporadic, as the master of ceremony grabs the microphone and fuels the crowd’s passion. The people are hyped as they wait for their champions to step out and take arms against each other. The fighters are dressed in their armor: gloves, shorts, and shoes. Time stops as the lights flash to the ring and music begins to play.

This is commonly known as a boxing match, an event in which only one of these boxers can come out as the champion. There is a yearly boxing match that is known to be the most anticipated match. This year the most publicized match is between Santos Saúl Álvarez Barragán and Gennady Gennadyevich Golovkin, also known as Canelo and Triple G respectively. Nearly a year after the original match, the rematch is set to take place on September 15, 2018 at the T-Mobile Arena in Las Vegas. However, the path to this rematch hasn’t been as smooth as one would think.

⚠ warning: not to be left in the hands of the judges 😏 pic.twitter.com/G7mGUhKeoK

Teacher Mr. Valenzuela said, “The ‘Rocky’ movies didn’t hurt boxing in the 1970s and 1980s, but there isn’t a ‘Rocky’ right now to publicize boxing.”

The first fight took place on September 16, 2017, at T-Mobile Arena on the Las Vegas Strip. It was televised on HBO pay-per-view in the United States. From the start of the match, it was evident that tension ran through the crowd. In round 5, Canelo punched Triple G’s arm, but Triple G immediately punched back with his right hand which wobbled Canelo momentarily. Another highlight of the match was during the sixth round when Canelo snapped Triple G’s head back with a clean uppercut. Each round seemed to rock back and forth between the two fighters. At the end of the fight, the judges scored the fights: 118-110 in favor of Canelo, 113-115 in favor of Triple G, and lastly, 114-114, the controversial draw.

Senior Shaina Diaz said, “It’s beneficial for both. It brings in fans, even if someone loses. They’re both great fighters, people would want to know who the real champion is.”

Originally, the rematch was scheduled for May, but was postponed because Alvarez tested positive twice in February for the banned substance clenbuterol, according to a LA Times article. He blamed the positive tests on contaminated meat from Mexico because many farmers use clenbuterol on their cattle to accelerate their growth, which results in contaminated beef. Alvarez was then given a six month suspension on March 23 by the Nevada State Athletic Commission (NSAC). In May, Triple G instead fought the boxer Vanes Martirosyan and won.

Then, on June 13 of this year, both fighters posted photos of each other from their last fight on Instagram, which was their way of announcing the rematch. It will be held on September 15, 2018. Many people voiced their opinions about Canelo’s drug test, but it’s still one of the most anticipated boxing rematches.