Think before you tweet; what you should know about the #metoo movement before you jump on the bandwagon 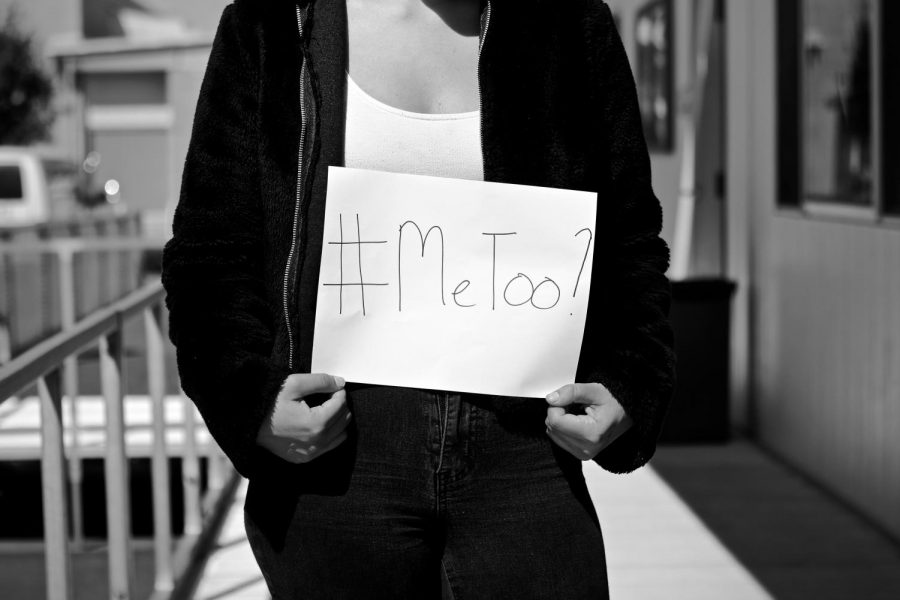 On October 15, 2017, The New York Times published their investigations into the allegations of the famously monstrous behavior of Harvey Weinstein. Actress Alyssa Milano sent out a tweet: “If you’ve been sexually harassed or assaulted, write ‘me too’ as a reply to this tweet.” That simple-minded suggestion by Milano sparked a fire, and now the tweet itself is having more than 70,000 replies. The #MeToo movement has created a worldwide protest that’s aimed at bringing down the accused and helping the oppressed, although sometimes things that have been done by the movement are questionable.

Its success as a campaign was saturated with every platform being taken over, showcasing the countless acts of sexual violence by men and women alike. So what could possibly be wrong with a movement whose intentions is to give a voice to the voiceless? Surprisingly, since the very start of the movement, a lot of good intentions, thoughtful actions, and moving testimonies have gone sour. Cathy Leon, local feminist, #MeToo supporter and columnist for Locus Magazine stated: “Although I stand for the movement, I have to admit that sometimes its intentions are unclear and that makes me unsure of the stability of the institution.”

An example of this can be seen with the creator of the movement, Tarana Burke. The fact that Burke’s creation of the movement was ignored, and that it is credited to a famous white actress, is not irrelevant. It’s a good place to truly acknowledge the many kinds of people who will be unable to speak out, or who will not be respected if they do. “At the end of the day, who really gets their voices heard is completely up to the media and their preferences on who gets recognized,” stated Lance Lockwood, Gender Equality professor at Santa Ana College.

Another issue with the movement is the way the accused are seen, whether they be guilty or not. In court, the accused is innocent until proven guilty, but that idea is thrown out of the window when a man in power is accused. Take Aziz Ansari’s case, where the whole basis of the accusations made in public was over a misunderstanding from both parties. Ansari was a man whom many people admired and whose work performed a social good. To a lot of people, he was the first exposure many young Americans had to a Muslim man who was aspirational, funny and immersed in the same culture that they are. Now he has been—in a professional sense—assassinated, on the basis of one woman’s anonymous account. To say this is to not belittle the women who have faced the harassment and difficulties of sexual misconduct but to highlight the importance of the right to a fair and speedy trial in a court of law. Bella Hernadez, an editor of El Progresso magazine and women’s rights supporter, stated, “That although I agree with the Aziz Ansari case, and how that could have been easily avoided, I do find it important to not marginalize the women whose cases go unheard or end up with the wrong verdict.”

I’m worried about women being conditioned to think of ourselves as inherent and hopeless victims. We’re in a bad place when one person’s recollection of a bad, regrettable sexual encounter can be characterized as sexual abuse, as would appear to be the case with Aziz Ansari.

The biggest problem, really, is how all of it forces the victim to be in the narrative, whether they like it or not. Another major problem does not lie within the fact that women have trouble considering themselves victims of sexual violence, but that the accused usually have trouble considering themselves the aggressor. It is difficult for all of us to accept how many of the men we see every day, on various platforms, may have committed acts of sexual misconduct. This is why the words “witch hunt” get thrown around at times like this because it does seem crazy when you look at it from a different perspective; it seems beyond belief that so many men are implicated.

People conflate sexual violence with evil, which tends to have a negative effect almost all the time. They don’t identify themselves, or their friends, as part of the problem. Because these acts are specific and contextual, with every accusation being unique to an individual, it’s understandable as to why there is a shroud of disbelief around the accusers and accused. However, it’s always important to remember that there are reasons why cases like these happen,  and it’s hard to choose sides sometimes, due to the little justifications and reasons coming with every new turn. Do not believe everything you hear without evaluating the facts and credibility of the source, no matter where it’s coming from.