Is “Grey’s Anatomy” worth It? yes. 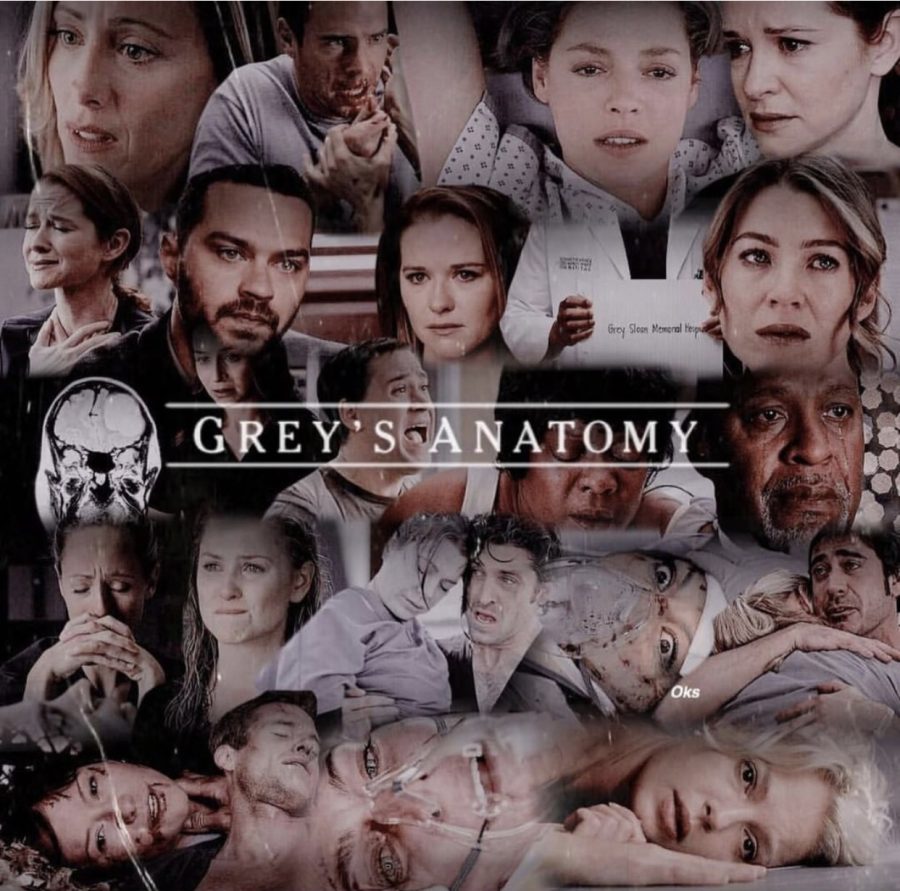 “Life is messy. That’s how we’re made. So you can waste your life drawing lines, or you can live your life crossing them.”- Meredith Grey.

Growing up is painful, yet inevitable. Everybody wants to be close to someone else and be their person. Life is short, so relish the unexpected and appreciate your fears. The best and worst days of our lives will start as normal as any other one. These valuable lessons can be obtained in a unique and compelling way by watching “Grey’s Anatomy.”

“Grey’s Anatomy” is a medical drama that revolves around a group of young doctors and their journey to become surgeons. The show portrays the characters dealing with the problems life makes them face, both inside and outside of work. The primary focus of it is on the head protagonist,  Meredith Grey, the daughter of a well-known surgeon who suffers from Alzheimer’s. Meredith struggles with the challenges brought upon her life. From becoming a good doctor to battling her complicated love life, she deals with the multiple unfortunate and shocking events that occur throughout the show.

The show has been a major success since 2005, loved by fans and running for fifteen seasons without any official plans to stop anytime soon. People have been hesitant to watch the series because of the numerous seasons. Others aren’t interested in watching the show because of their lack of interest in the medical genre. Fans of the show are grateful to have been part of a thrilling journey and feel blessed by having experienced its wonderful qualities. “Grey’s Anatomy” offers brilliant writing, astonishing acting, and compelling story-lines that have kept audiences gripped after all this time.

Although the show is mainly perceived as a more “medical” series, it’s also characterized as a drama, and that’s one of the main reasons why it’s able to sustain such a tremendous fan base. MCHS has a variety of students who are a part of the fan base. Vanessa Rodriguez said, “It’s the drama. The plot twists. It makes you want to keep watching.” The show is able to deliver an intricate story-line that captivates people into binge-watching and even re-watching the show. “All the drama is compelling,” Rodriguez later added.

Senior Rosa Navarro said, “If you don’t want to see the show for the whole medical side, just watch the show for the drama. It’s a good novela. It’s a good white people novela.” Lastly, senior Giselle Perez stated, “It’s partially the medicine, it’s all about their love lives and drama. Basically, I could relate to them because they are like real people.” Perez stated that on top of the show having successful drama, it’s also able to impact the audience because they are able to personally connect with the characters and the story-line. A gripping show needs its drama. It’s safe to that that “Grey’s Anatomy” is able to capture all of that that in a perfect manner.

At the core of every story lies the characters. “Grey’s Anatomy” features a variety of loved characters within the show. Each one of them is brilliantly written and portrayed by astonishing actors. Characters demonstrate well-written development over the course of the series. The attachment the audience shares with certain characters is unbreakable, making the series enjoyable overall because it’s inevitable to not relate to a character in the show.

Alex Karev, for example, demonstrates great development in the show. At first, he appears to just be a rude and selfish jerk, but as the show progresses, the audience is able to grasp the complexity of why he is the way he is. He changes over the course of the show, while holding the values that made him who he was since the first episode. Each character learns from each other and their conflicts. Christina Yang struggles to let herself get involved with friends because of her strong devotion to her job. She begins as someone closed off from friendships. She is only interested in being the best with her career. However, we witness her open up and give into things we would have never thought she would, which makes her even more compelling. Izzie Stevens struggles with her journey on becoming a surgeon because she is too emotionally involved with her patients. We witness the struggles that arise because of this, as well as the consequences of the decisions she makes because of this character flaw. The show takes each character’s weakness and makes it so that they have to push them and learn from them.

Viewers have a lot of love for certain characters of the show. Rodriguez shared her love for Christina Yang saying, “I liked her character’s intellect. Very ambitious. She’s funny. She’s very blunt, but she’s also caring and loyal.” Christina is one of the best characters in the show. Her personality is impossible not to love.” Navarro said, “She’s just so awesome. She’s a role model to a lot of women. In one episode, she, [Cristina Yang] says ‘Don’t admire me for my beauty. Admire me for my brain.'”

The relationships viewers share with the characters goes beyond just emotional attachments. Viewers learn how the characters overcome challenges, learn from their mistakes, and how to move forward. Perez claimed her favorite character was Meredith Grey and said, “She’s been through so much yet she’s still strong and remains positive. She’s amazing.” Navarro claimed her favorite character was George O’ Malley, saying, “I love that man. Really really kind. He was the voice of reason.” The show’s characters bring light to the whole series. New viewers will find themselves immersed with characters they can’t possibly imagine being so attached to.

Beyond pure entertainment, “Grey’s Anatomy” contains hundreds of valuable lessons viewers can learn from. Each episode contains a valuable theme and lesson through Meredith’s iconic monologues. With these monologues, Meredith offers a well-delivered narrative in which the theme of the episode is stated. Rodriguez said, “Each [episode] is like a lesson. Usually, when Meredith is going through something, her problem is mirrored in her patients. Her patients are going through a similar thing. There’s more than one thing to take from it, but I guess if you want to be general, there are different life lessons in each [episode]”. The show does a superb job of having the patient’s problems influence the doctors in the show, allowing them to grow. Whether it’s how minor things in life can become the most important ones, or how one’s action doesn’t define you forever, there’s always something valuable to learn. Hearing a life lesson doesn’t match the level of understanding that comes with one of these episodes. Navarro said that a lesson she learned from the show was, “Not to take life so seriously. We see these doctors, these hardcore surgeons, do these hardcore things, but we’re shown that life isn’t all about ‘School. Learn. Doctor. Money.’  They showed that life is beyond that. It’s hanging out with your friends. Trying to enjoy life to the fullest.” Perez said, “They make mistakes. They all make mistakes. They keep on going. They move on.” There is a lot to take from this show, which is a major reason people should give a chance. An episode offers more than forty-three minutes of just entertainment.

“Grey’s Anatomy” is able to take its audience on an emotional roller coaster, and it is very difficult for them to get off from it. With its remarkably irresistible story-lines, loving characters, and drama-immersed episodes, the show is capable of hooking its fans for numerous seasons. Senior Ivan Vanegas said, “I think that as watching the show grow with the characters, you grow loving them and then when they die, it’s like actually losing someone in real life.” Rodriguez later said, “Shonda Rhimes (the creator of the show) builds upon each character, makes them appeal to you more. You love them in such a way that when something happens to them, you feel so bad. You feel like it’s real. For example, when [a significant character] died, I was crying and I was pouring.” Navarro said, “The show affects me a lot when a favorite character dies. No spoilers but a lot of characters die. I find myself crying often because of the show.” The show makes everyone watching it feel so emotionally unstable afterward. Perez later said, “I feel like I’m emotionally ruined. It’s devastating. I’ve cried a lot. You have to be ready for an emotional roller coaster”.

Overall, “Grey’s Anatomy” is a show that is worth watching. From shootings to plane crashes, the show never becomes dull. It’s more than just a medical drama. More than just doctors saving lives. The core theme behind the show is that regardless of the pressures and responsibilities of being a surgeon, in the end, people are only human. Humans are flawed. Navarro said, “When we think of doctors we think of them as not human. We think of them as these godly people. We hold doctors to a higher extent. We see doctors in “Grey’s Anatomy” struggle. They’re going through depression. They are having relationship problems. It humanizes doctors to us.” What makes this series compelling is the sense of realism. The problems doctors and patients go through are relatable to anyone. In the end, “Grey’s Anatomy” isn’t just a TV show. It’s more than just entertainment. More than just injuries and surgeries. So give it a chance. However, be warned. You’ll need tissues… lots of tissues.