Why you should watch “Miraculous: Tales of Ladybug and Cat Noir” 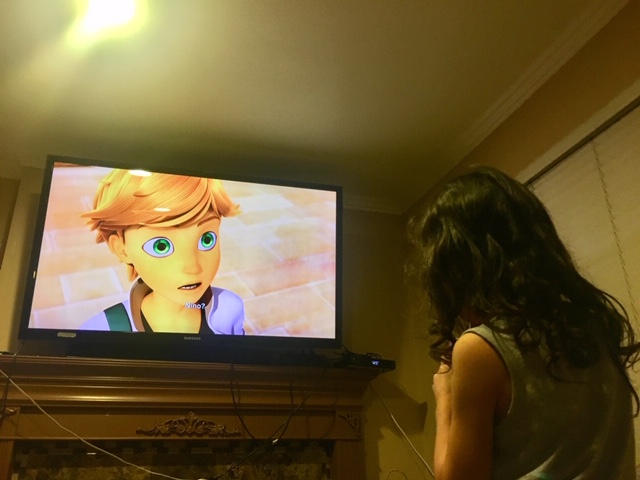 When it comes to cartoon shows, many of them follow a boring character list with typical male leads, gender roles, and limited diversities and cultures. That is until this animated children’s show called “Miraculous: Tales of Ladybug and Cat Noir” was released in 2015. This television show has separated itself from the crowd due to how inclusive and empowering it is to young children. It has broken barriers by displaying female leadership, gender reform, and a spectrum of beautiful cultures.
“Miraculous: Tales of Ladybug and Cat Noir,” is an animated show that takes place in Paris, France where a girl named Marinette, and a boy, Adrien, defeat threats thrown at them by Hawkmoth, the main villain. Marinette and Adrien are known as the superheroes Ladybug and Cat Noir. They are sophomores, both at the same high school, but little do they know that, together, they fight crime outside of school. Neither of them knows each other’s real identity, as it is supposed to be a secret to be kept from friends and family.

Unlike many other television shows directed at children that have male leads, “Miraculous: Tales of Ladybug and Cat Noir” has a female superhero lead. It’s important that young girls grow up watching television shows with strong female leads because they pick up on those strong traits and use them in their own lives. In the show, the hero who is always there to catch the Akumas, which are butterflies that transform people and their negative emotions into disastrous villains, is Ladybug. She also is the main hero to fight, and even at times saves Cat Noir from sticky situations. Overall, Ladybug is a fierce, confident and sassy character who is a favorite hero to many young girls.

Junior Valeria Velarde says, “I love that the main protagonist is a female. She’s powerful and confident. She does her best to save the day and live her dreams.” Velarde continues with, “She treats her partner as an equal and they work with each other really well… not one overpowering the other.”

You would think that because the lead is a female superhero, it wouldn’t be a show targeted for boys, but on the contrary, this show is also a great example for boys too. Many superhero-related shows that are for children have been portraying male superheroes as these strong, buff, and cocky characters for centuries. Cat Noir, the male superhero, is painted as a lanky and sometimes clumsy guy in a black cat costume. Cat Noir himself was actually inspired by the comic book superhero Catwoman, which explains why instead of a traditional “male superhero costume” he wears a costume that’s recognized for being a “woman’s costume.” The costume includes black cat ears, a leather fitted suit with metal detailing and also matching gloves that have claws on the fingertips. When you think of a leather fitted suit, you think of Catwoman or even Black Widow, all which are women.

Senior Andrea Lopez says, “At the beginning of the show, [Cat Noir] is shown as a model. From there they strike out the stereotype of masculinity because when you’re a model, I feel like you have to be feminine in a way.”

In this show, many different cultures and races are represented. For instance, Marinette is part French and Chinese. In episode Kung Food, Marinette’s great uncle came from China to cook for a competition to have his soup be the main dish at a hotel. In this episode, one of the characters makes a mean comment about what they thought he should cook, but the other characters corrected them right away. They also show how important honor and respect is to the Chinese culture when her great uncle says, “Shame is on celestial soup. I shall never be world’s greatest chef.” After this, Adrian then explains to Marinette why her uncle said that when he says, “Its horrible to lose face in China.” What Adrian says basically means that losing your honor is seen as a terrible thing in China.

Also, the personalities are not common generic ones; they are actually intriguing. For example, when you first meet Adrien’s best friend, Nino, seems like the typical teenage boy best friend, but as the season progressed, you were able to see different sides of him and learn that he was pretty interesting. This show gives you a reason to sympathize with most of the characters, even the villains. Since each character is given a unique background, you are able to see the good in them– even the worst villains in the show. It shows how interchangeable it is to go from good to bad and bad to good for no one starts as bad.

In brief, “Miraculous: Ladybug and Cat Noir” is an overall great cartoon show for children because of how strong-willed and humane the characters are. This show has brought the sight of equality, diversity, and refreshing new characters. Although it seems to be a show only for little kids, it reaches a large audience of all ages. So get on Netflix and STREAM!

Retrospectively, a big buff strong black woman leading the revolution is the image  that I’m the most proud of in S2.
Wish we had her now in Paris.
Strangely, she’s dressed in yellow… How predictive was that ? pic.twitter.com/Jtdr4gzzDv