Class SHOULD NOT be in session 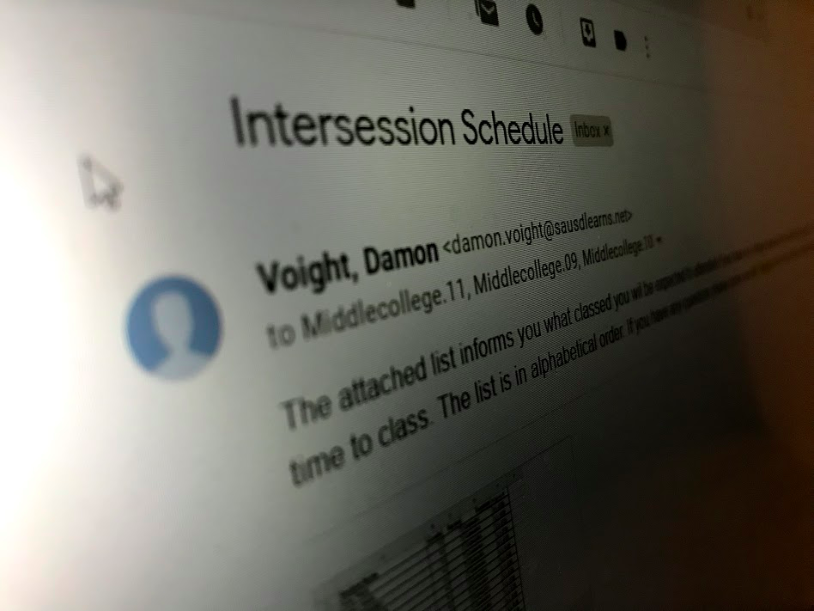 Multiple students receive this email detailing their duty to report to Intersession.

You probably woke up to a strange email at the end of your winter break. The email was from Mr. Voight telling all “…9, 10, and 11th-grade students whose college classes do not start until February and are not enrolled in classes period 2, 3, 6, and 7…” had to attend “intersession classes” during what was already midway into college Spring Intersession. The email did not clearly state what we were going to be doing during intersession or even who had to attend the “classes.” All the students knew was that they had to attend the “classes” despite no prior warning as to what these classes were and why. Upon attending the classes, students began contemplating matters like, “Why are we here?” and “What’s the point of this?”, and the teachers couldn’t answer the questions as they were just as lost as the students.

The students who decided to take a break from college classes during our four-week break were exempted from attending Middle College intersession classes. Those who were taking a college class during intersession had to deal with the addition of another class that they hadn’t originally planned on taking. The reason that was given to students for being forced to take the intersession class was that it was preparing them for the workload of the spring semester. I would argue the opposite if anything– it added extra stress on the students who were already busy with their college classes. They now had to worry about being on time to attend a class where no one wanted to be. The teachers seemed to be just as confused as the students and didn’t know whether they had to be teaching us something or if the students were supposed to be doing their homework. Mr. You said, “I think the intention was good, however, the execution was very disorganized as new students would always walk in and say they were in this class.”  Most of these classes ended up becoming forced free periods for the students where they had nothing to do but sit in a classroom and daydream. The teachers were given the task of taking care of a bunch of students who were all very irritated and confused about why they were there.