Snooze the alarm for another half hour, students 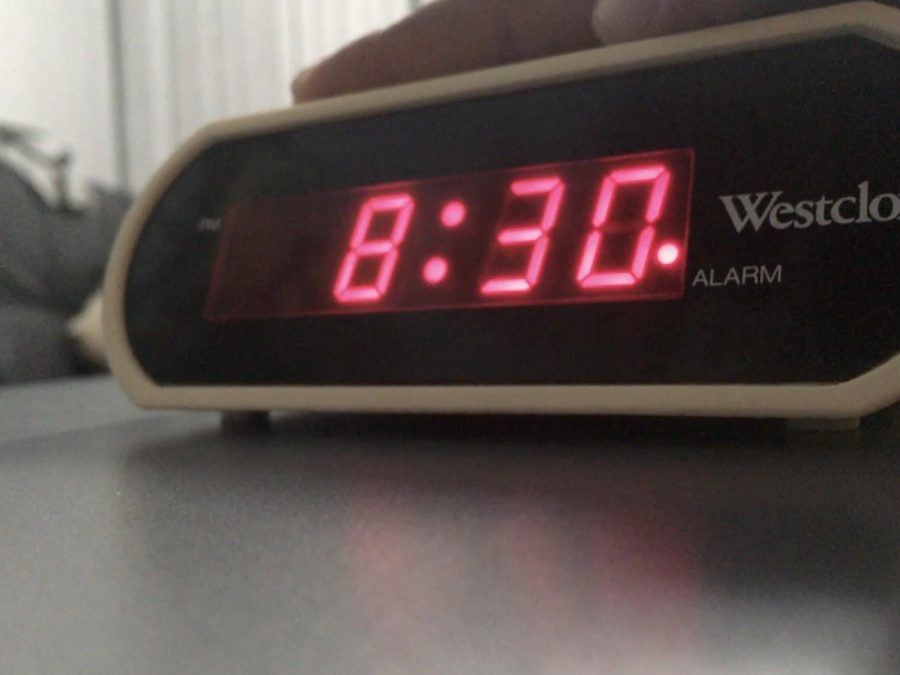 A student snoozes her alarm for the new school day because of the new law.

It’s Monday morning. You turn over to look at your clock. It’s 7:30 a.m.! You quickly get dressed and run out the door. The neighborhood is quiet. There are no kids outside with their backpacks, nor are there teens walking to the bus stop. You are confused and realize school doesn’t start until another hour.

On October 13, 2019, California Governor Gavin Newsom approved a bill, SB-328, regarding a modification to school hours.

“This bill would require the school day for middle schools and high schools, including those operated as charter schools, to begin no earlier than 8:00 a.m. and 8:30 a.m., respectively, by July 1, 2022, or the date on which a school district’s or charter school’s respective collective bargaining agreement that is operative on January 1, 2020, expires, whichever is later, except for rural school districts,” according to the Legislature of California.

The bill would allow students to sleep in longer before school. As a result, there would be an impact on the academics and health of the students.

“The law was written on the basis of three decades of studies on teen health, sleep patterns and brain chemistry, said Portantino, who added in a statement that research indicated when the school day starts later, children are significantly healthier and perform better academically,” according to Dailynews.

This bill does not come as a surprise for several cities in Orange County, including a college prep high school that has been starting at a later time.

The bill will have a great effect on the students’ school lives.

Elizabeth Hernandez, a Middle College parent, believes the change will be positive.

“I think the effects are going to be positive. Children’s health will probably get better for the extra time given before school starts,” said Hernandez. “Starting later will be beneficial to kids and will probably decrease depression, suicide, and sleep deprivation.”

With the new bill, students will have more time in the morning to recover from the day before and increase their sleeping hours. This will come with many health benefits.

However, the bill may also establish a new challenge for students to face.

“I want to say it’s going to be a disadvantage because the earlier you’re here the better and you can take advantage of your morning. My perspective is in the morning when you wake up you’re fresh, you take anything in,” said Muro.

It tends to be easier for some students to learn early in the morning rather than later. As a result, may be negatively affected by the new start times.

Students tend to stay up late doing assignments and having the extra time to sleep will help them recover.  Jennifer Gonzalez, a sophomore, shared her point of view on the topic.

The bill, SB-38, will affect the school life of our students. The effects can be negative for some students while others may actually benefit from it.

“It all depends on that student, individual,” said Muro.