Where are the girls? 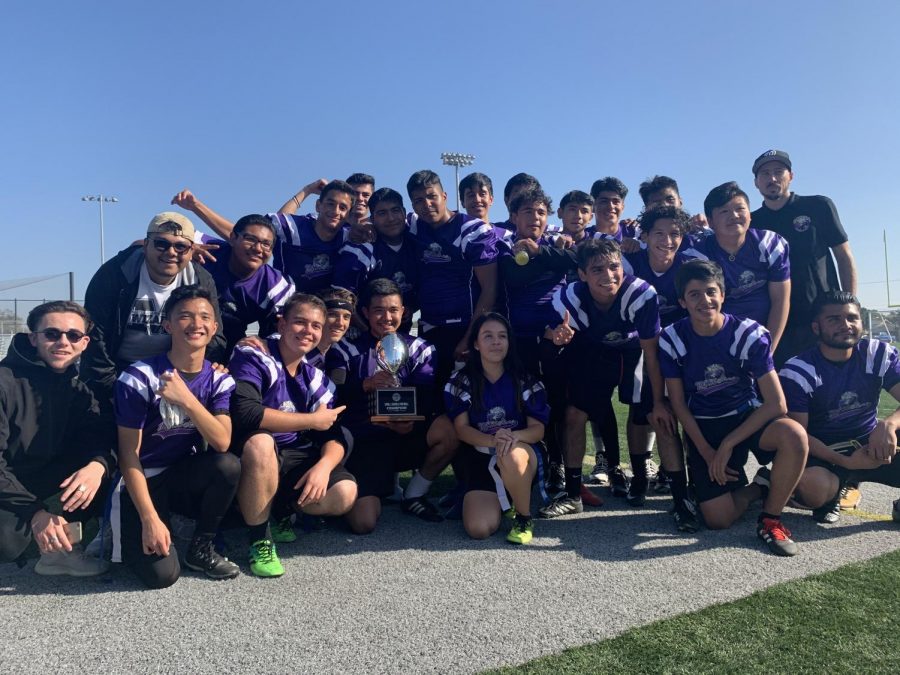 She attended practice two times a week, two hours each time. She dedicated time and effort to the sport, all leading up to the big day. On the day of the game, everyone got to play at least once, everyone but her. She didn’t join as a cheerleader, she joined as a player.

Middle College is one example of sports not working in a coed environment. If you were to look at the pictures of every pep rally and all our games, you would find maybe two. Not to mention that when a girl does make the team, she is never seen on the field. My school is only one example of co-ed teams not working, but there have been many others.

More often than not, the boys don’t want to pass the ball. They want to be the star of the games. They also play as though the girls can’t keep up. In fact, a lot of their female teammates feel lucky if they even get to touch the ball once during a game or get a free throw.

When asking girls what they thought of the ratio, they had a lot of things to say.

Freshman Ines Gonzales said, “I feel intimidated by the amount of boys who join. I would join if there were more girls.”

This tells me that girls like sports; they are up to play as long as it is with other girls. They don’t get nearly enough playtime as boys do, even though they’ve put the same amount, if not more, hard work than them. We all know that by the end of the game, the girl would only enter the field once the entire game.  Separating the two would put a stop to this.

Freshman Michell Martinez, who played volleyball, soccer, and basketball in middle school said she would not be joining sports in high school.

Martinez said, “I think that the boys would judge me if I were to join because I would be the only one.”

Many girls have expressed similar fears as try-out days come closer, losing faith in making the team. They feel as though they’d be left out during practices and not be put in on the day of the game. Not being put in at the actual game would mean all the hard work they put in during practices would go to waste. This wouldn’t be the case if there was an all-girls tournament. Girls would finally have their own time to shine, especially after being in the shadow of boys for so long.

Sophomore Yarethsi Leal, who has experienced both an all-girls and coed team said she had a much better experience with the all-girls team.

“I remember being mad after every game because I had only touched the ball a few times,” she said.

Since Leal played at an all-girls team in middle school she was very shocked to find that MCHS did not offer that same experience. She had a lot of fun playing her favorite sport with all her friends after a hard day at school. Sports are a fun way to bond with your friends and be active. Unfortunately, the majority of girls at MCHS do not get to have that for themselves.

Because of these premises, coed teams are doomed from the start; girls are often left out and bored. This is why MCHS teams should be separate just like every other high school. This would allow everyone to have a fair and equal opportunity to compete in the small school tournament.

“I look forward to the day I can actually participate in sports at Middle College,” said Leal.