Masks and popcorn: a trip to the movies 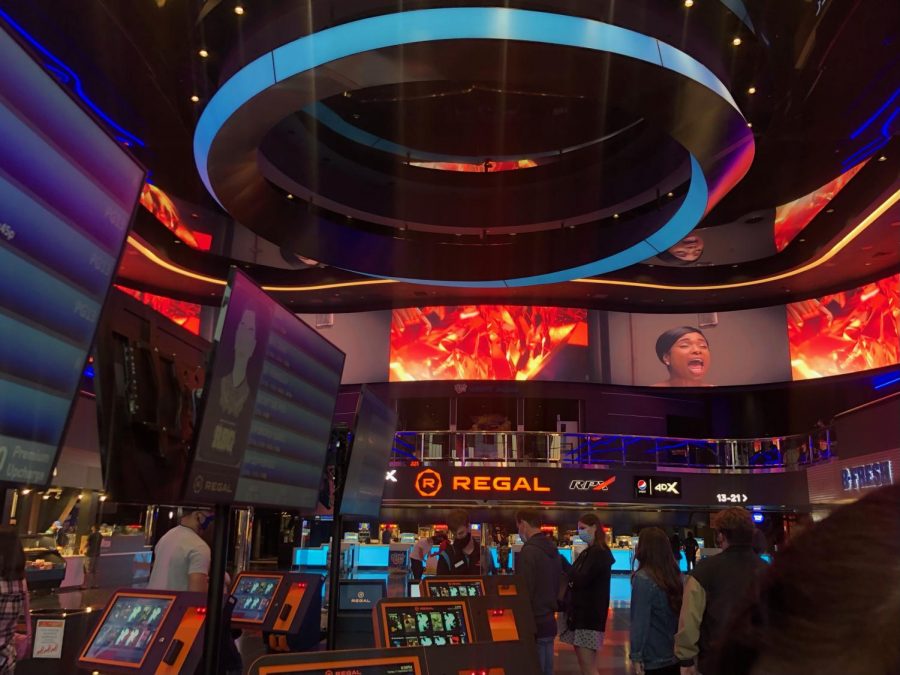 Carpeted floor, white screens, the aroma of popcorn, along with the sheer comfort in knowing that one can just sit back and enjoy a movie – or that was, until COVID-19. After six months of the shut-down, smaller cinemas throughout the county slowly started opening back up. Knowing there was going to be a shift in how a casual day at the movies would be, I decided to go to Regal Edwards Irvine Spectrum and explore for myself.

Right before I could enter into the theatre, I was greeted by hand sanitizer stations and flyers on the doors indicating that there was a masks-only policy. Passing the doors, I realized that the theatre had adopted safety protocols that were also enforced by the remodeling of the theatre itself. For example, there were self-serving ticket machines in the middle of the lobby that were supervised by at most two employees. I also noticed that there were only as many employees as needed; no one was left to just assist but rather they all had timely tasks.

After handing in the tickets as one normally does, I was off to get snacks. The lines were separated with signs showing the physical distance we had to keep, the only available paying method was credit/debit cards and the menu, along with the way food was served, were limited. There was a good amount of people in the lobby but it still seemed empty; that’s when I noted that the common space furniture was arranged into multiple corners and sealed away from the public.

The movie previews were already playing by the time I made it into the screening room but there weren’t many people inside; in fact, most of the seats were empty. It didn’t really shock me since there weren’t any blockbusters playing and the ticket machines couldn’t sell tickets that didn’t fall into the social distancing rule.

After the movie finished I collected my things and headed out. Overall, it wasn’t that different from what I would have imagined but that could be because I’ve adjusted to COVID life.