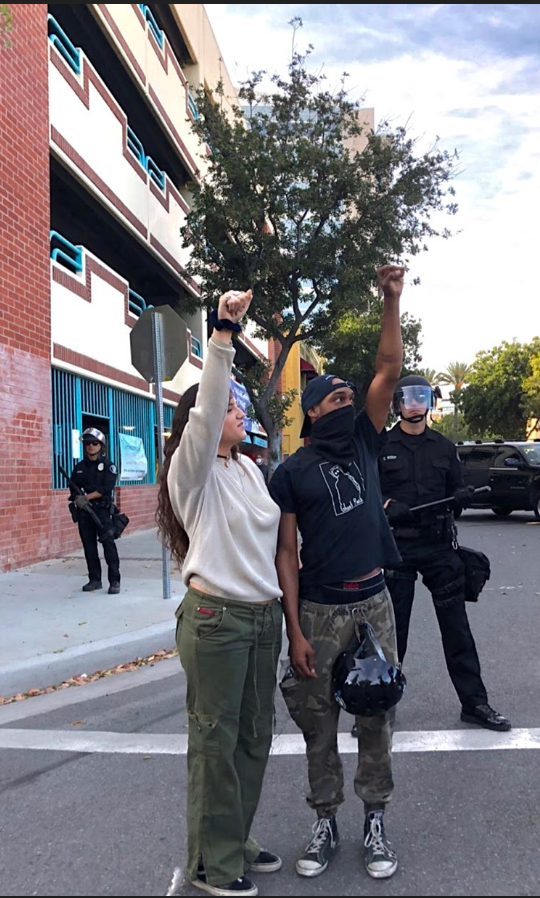 If you think Black Lives Matter is a racist movement, you’re wrong. Before deep diving, even I thought I knew everything about it, but there is so much more to it than we know. It is not just about ending racism. It is about equity and finally ending hundreds of years of systemic injustice. After gaining global attention in summer 2020, the movement took a new direction. It  got new leadership and even support from President Biden and countless other well-known people. Some, however, think that the movement is either racist or unfair and instead say “All Lives Matter.” Here’s why that’s wrong.

Black Lives Matter was founded on July 13, 2013 by Opal Tometi, Patrice Cullors, and Alicia Garza after George Zimmerman was acquitted for the murder of Trayvon Martin. Since then, their mission has been to fight police brutality along with all other forms of racial discrimination and systemic racism in general.This country and its main ideals were founded during a time when racism was widely accepted. When Black people were enslaved and not even counted as a full human but three fifths of one. Although those exact laws are no longer in place, the laws that we have now still cause racially dissimilar outcomes and it’s not hard to see.

“The racist foundation is reflected in many aspects of our society. It’s reflected in the legal system, education, health care, economy, etc,” he said.

A common argument people have against Black lives Matter is that more white people are killed annually by police, so they must not be racially profiling people. When in actuality, the reason there are more white people killed is because there are more of them in the population. Meanwhile, there is a higher percentage of black people who are victims of police brutality. A study done by The New York Times shows this in Minneapolis, where even though black people take up 19% of its population, they were the victims of 58% of the city’s police use of force incidents. This can be seen across the nation.  So even though black people take up less of the population, a bigger portion of their population falls victim to our nation’s incidents of police brutality, just one very broad example of the inequality in our country.

Another common argument against Black lives Matter is that black people commit more crimes. This does not mean that black people commit more crimes, it just goes to show that they are targeted by our justice system. Black men are 2.5 times more likely to be killed by police than white men (National Academy of Sciences). During traffic stops, 24% of black people were searched, meanwhile 5% of white people were (LA Times). In fact, the leading cause of death for black men is police brutality.

Systemic racism does not mean that everyone who works for the government is racist. It means that they work for a historically racist system and therefore are guilty by association. In fact, patrol groups in America, which later on turned into what we now know as the police, started off as runaway slave catchers. It is a very telling fact that is not talked about enough and just one of the many racist foundations of our nation. American laws and history have never been inclusive. For example, we celebrate the fourth of July because it was the day we earned our freedom and independence. But who is “we”? Only white, rich men were free on that day.

With the recent tragic murder of George Floyd this past summer, the Black Lives Matter movement sparked global conversation, some of which was very negative. This negativity mostly comes from the right. They argue that Black Lives Matter is racist because they feel offended that their race is not mentioned. They feel as though they are being told their race does not matter, or so they say. Even some black people are against the movement, stating that they can not stand behind a movement that turns to rioting and looting. Some people have even gone far enough to call Black Lives Matter a “terrorist organization.” While it is understandable that after this past summer’s events, people might associate the movement with rioting and looting, it is unfair to say that that is what they stand for. Nowhere is it stated that the group ever plans on violence. All they have ever sought out to do is protest against racial inequality.