The culture of Machismo harms everyone 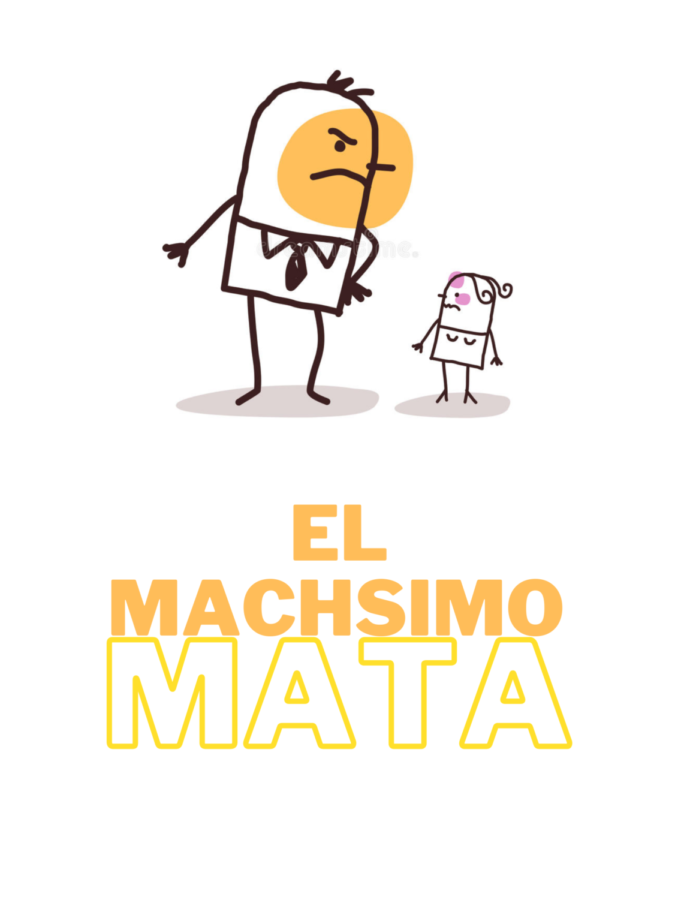 Machismo is the sense of being “manly” and self reliant; the concept is made of a strong masculine pride.

In Mexican culture, machismo has long prevailed. Male entitlement has been accepted, if not praised, in telenovelas, television, job environments, families, and close relationships.

But times are shifting for the Mexican macho man, also known as a “machista.”

Rising crime rates towards women in recent years and growing feminist movements have compelled Mexicans to confront machismo and the damage it causes by sexism, misogyny and violence.

Machismo is a social behavior pattern in Latin American culture in which the Latino male demonstrates an overbearing attitude toward anyone in a position he regards as inferior to his, expecting servitude.

“Coming from a Mexican family, life to me has always been to serve the men in your life respectfully,” said Mexican mother Juana Delgado.

Machista attitudes have severe ramifications for women. Sometimes their effects are subtle, such as laughing at a sexist joke. Sometimes the repercussions are fatal; the concept of masculine dominance and control is so firmly established in individuals and society that seemingly “harmless” actions can lead to physical and brutal violence.

In 2019, 571 women in Colombia were murdered in femicides. Despite a 2015 law meant to impose harsher punishments on men who have murdered women, just 13% of cases end in a conviction. In Mexico, 10 women are killed violently each day, the highest rate of femicide in Latin America. By the end of April 2020, 163 Mexican women had been killed in femicides during quarantine.

Protesters chanted “Machismo has to die” as they marched through Mexico City’s downtown in 2016. The macho culture is entrenched in Mexico, and many marchers believe that its emphasis on masculine pride contributes to the country’s high incidence of violence against women.

Across their lifetime, 1 in 3 women, around 736 million, are subjected to physical or sexual violence by an intimate partner or sexual violence from a non-partner – a number that has remained largely unchanged over the past decade.

The #MeToo movement in Latin America has served to highlight the region’s deeply ingrained machista culture.

Fortunately, as a society and across businesses, we are working to continue building equality and eradicating machismo. This is true not only in Latin America but all across the world. The #MeToo movement exemplifies this. It is gaining the bravery and platforms to finally speak out against violence, sexual harassment, sex discrimination and being permitted to advance the debate about gender equality.

Machismo has always placed people into two categories: masculine and feminine. Jobs, hobbies, clothes, drinks and people are expected to be labeled “girly” or “manly” based on what gender roles and stereotypes are telling them to be. We see it everywhere. Girls are supposed to wear pink and like princesses. Boys should wear blue and like race cars. Women stay at home cook, clean and care for the kids. Men should be out working and providing for the family. Females should be emotional and caring and males should be strong and assertive.

“Personally I’ve never liked the fact that women get so many tasks to do. Women can’t seem to be their own person. Being a single mom I have the chance to raise her my way. I want to break this toxic machismo pattern with my daughter,” said Mexican mother Alexy Gallegos Matias.

“Machismo affects little girls and makes them believe they’re made to serve the husband and take care of the house and kids. This puts down girls and makes them think that’s all they were made for and nothing more. Girls and women are looked down upon with these kinds of beliefs and it’s sad,” said junior Alexis Tlilayatzi.

Men also suffer a great amount because of machismo’s gender roles and stereotypes. The concept of toxic masculinity came to be because of the constant pressure on men to behave a certain way.

According to verywellmind, “Toxic masculinity isn’t just about behaving like a man. Instead, it involves the extreme pressure some men may feel to act in a way that is actually harmful.” This means that men oftentimes force tough, anti-feminine, powerful behavior in order to adhere to what society tells them to be.

“Men are able to be as vulnerable as women too. They don’t always have to act all “tough” for the sake of others,” said senior Fabiola Gomez.

A 2011 study, “Macho Men” and Preventive Health Care: Implications for Older Men in Different Social Classes, found that men with this harmful mindset do not seek preventive care or go to the doctor because it contradicts their “toughness”  which leads to premature, preventable death. In addition to not wanting to seek medical treatment, toxic masculinity encourages men to glorify unhealthy habits.

“Machismo is something that shouldn’t exist; it’s disgusting, and it is extremely harmful to all genders,” said sophomore Daniela De La Cruz.