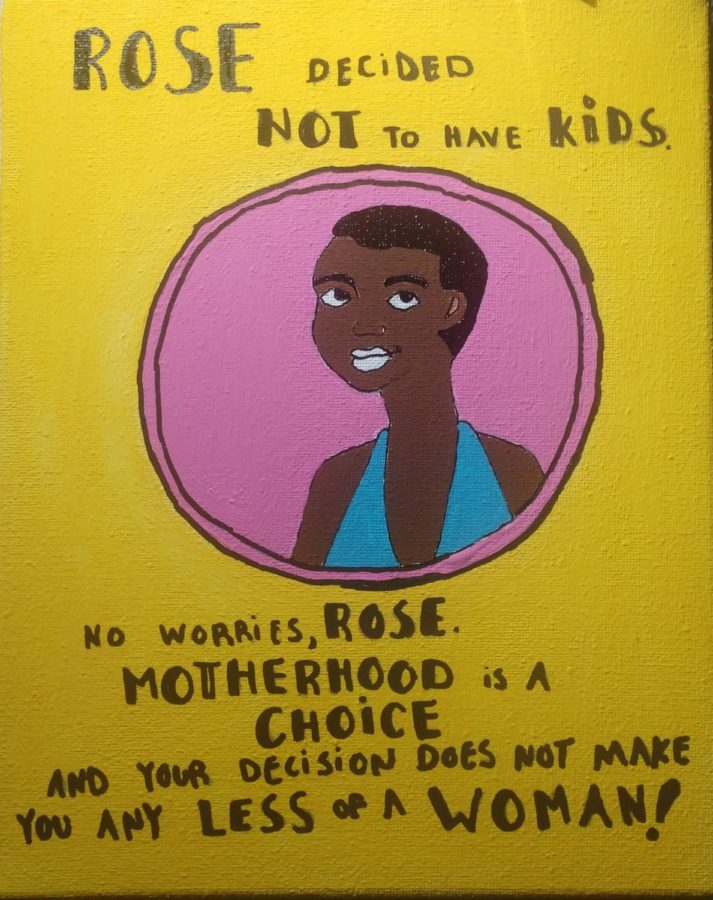 Let's normalise the fact that not everyone wants to have children.

Having children. It’s something that is always expected of us especially if you’re a girl. You are looked down upon if you choose not to have children. They make it seem as if it’s everyone’s purpose in life to have children. That we‚Äôll only find our happiness through children.¬Ý

When it came to transitioning from female to male, a lot of people would always tell me to wait. Taking testosterone would make me infertile and getting my breasts removed would make it difficult to feed my future children. They’d give me reasons like you’re too young, you’ll regret it in the future or what if you want children. Having children was always everyone’s main concern on why I shouldn‚Äôt transition. That if I stopped myself from being able to have children, I’d be sad in the future because my happiness would come from raising children. I should wait to transition until I had children or until I was old enough to really think about it.¬Ý

We live in a society that always expects women to have children. That if she doesn’t become a mother then she’ll never be a ‚Äúreal woman.‚Äù We‚Äôve made this opinion normal in our society and when someone wants to become child-free, society looks down upon them. As if it’s their responsibility to have children just because they have a uterus.¬Ý

An MCHS student shared a situation that came up recently about whether or not they will have children.

‚ÄúBeing told I have to have children has come up with talking to family several times. The latest time I was told something like this was when my father told me I should not get my second Covid vaccine dose since he had heard rumors saying it makes women infertile. When he said this I felt like he was saying my well-being didn’t matter but only the fact that I have a uterus. My nonexistent children were being prioritized over my own living and breathing safety,‚Äù they said.

A woman’s uterus shouldn‚Äôt be prioritized over her. She is more valuable than her ability to bear children. She has a career, dreams, goals, etcetera. If a woman decides to become child-free, we should not put pressure on her by stating she would regret it later because it is ultimately her choice and her body. She’s the one that has to carry the baby in her uterus for the next nine months.

‚ÄúYes, it made me feel scared, rushed, and insecure about how I am perceived. I come from a conservative family, so I’ve practiced many gender roles my entire life, but I’ve accomplished so much more than just being able to bear children. Not only that, but I’m only 17, it’s such a huge thing to put onto an adolescent. I have so much left to do before I can ever consider having kids. I want to have kids and I will, but at the same time I don’t need to and that’s okay,‚Äù said a student from Segerstrom high school.¬Ý

Having children is not a simple decision because it’s a big responsibility. We become responsible for the new life that we bring to the world and the way a child is raised affects the way that they will perceive the world. There are some parents who aren’t emotionally prepared to have children but they still have them anyway.¬Ý

For instance, in the Gabriel Fernandez case, he was an eight-year-old boy who was physically abused by both his mother and her boyfriend.¬Ý His mother made him live in the worst living conditions compared to his two other siblings. They abused and tortured him for months until he died on May 22, 2013. Even though all of this Gabriel Fernandez still loved his mother but she did not care, nor love him.¬Ý

If a person is not emotionally prepared to have children then they shouldn’t consider it because, in the end, the children are the ones that end up suffering. Children don’t deserve to live in a violent environment. They are innocent and only deserve the best in the world. They come to earth without knowing the rules of the world but with proper guidance and nurture, they will learn.¬Ý

‚ÄúIt’s not a person’s responsibility to have children. If someone does have children, it is their responsibility to provide the best possible life for them which is not possible for everyone. Children being a necessity is an outdated social norm that must be changed. Because we are, luckily, more conscious of the responsibilities we would have as parents and citizens. Many Gen Z are breaking cycles of abuse within their families and would rather not rush into having children. Also, the economy is rough and most of us are too young,‚Äù said Giovana Mondragon, a junior at Segerstrom high school.

At the end of the day having children is a big responsibility. We shouldn’t shame others if they choose to be child-free. Not everyone wants to have children and that’s okay. We need to break out of this social norm that everyone needs to have children to be happy. Life can be beautiful with or without children.¬Ý

‚ÄúWe should normalize the concept that a couple or individual could be happy with or without having children during their lifetime,‚Äù said Madelyn Rodriguez, a junior at Segerstrom high school.