Performative activism is harmful to minorities 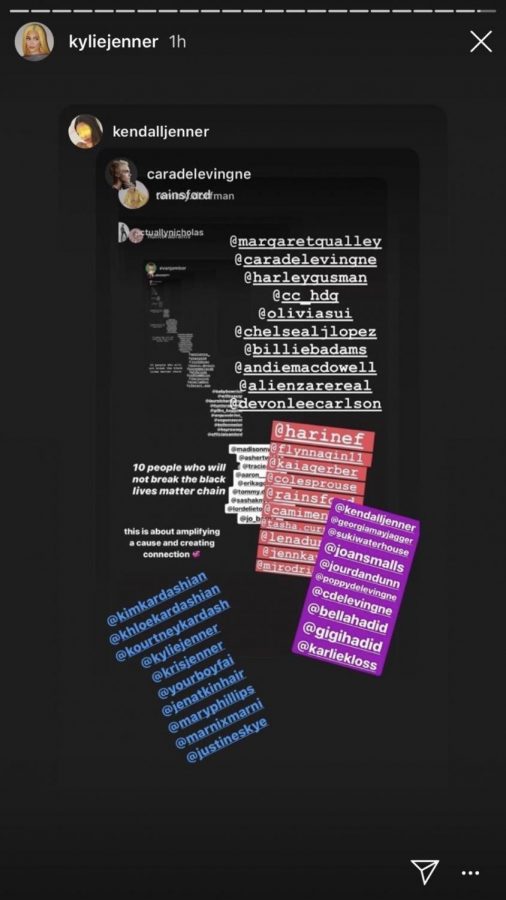 This is an example of celebrities using their platform for a useless chain so they can protect their image.

Over 5,000 people were the victims of hate-crimes for the past two years, and most crimes took place in their own residential areas, and a typical reaction to this is people executing performative activism which is very harmful to the oppressed people.

To stop hate-crimes, we become allies amongst each other and support each other by spreading awareness and more. We post on our social media to spread awareness or protest about the unfairness hate brings. However, many use this as an aesthetic and only post but not actually read the posts or get educated on the topic. In addition, they may only post because they are scared of getting attacked for not posting about the topic. This is called performative activism. People who tend to be performative activists preach about ending racism, homophobia, etc. yet turn around and are friends or their significant other is racist, homophobic, etc. You are not an ally if that description fits you.

Performative activism is seen constantly throughout the world and mainly on social media apps. Some of the biggest performative activists are celebrities. They repost almost useless “information” without acknowledging their own privilege. For example, when BLM was trending, Kylie Jenner, Cara Delevigne, and Kendall Jenner reposted a useless chain to their Instagram stories. This shows their privilege considering they have used Black Culture for profit. For example, the Jenners and Delevigne all have appropriated hairstyles from Black Culture.

Many celebrities are called out when not posting about severe topics which can lead them to post just so they don’t get called out or ‘cancelled.’ This harms people who are oppressed because the celebrities take attention away from the people who are actually trying to voice their opinions and fight for what’s right.

This is not only seen in celebrities but also in people we may consider our friends. This is commonly seen when a friend may passionately talk about something yet become friends with people who are prejudiced. One may even post about an important topic, but their significant other discriminates against people based on their race, gender, or sexuality. Another form of this in our friends is when one is being discriminated against and the friend uses their privilege and stays silent. This shows that friends don’t use their privilege in order to fight for their friends who are minorities, making the person not a good friend or person overall.

They replied with, “I would define it as speaking up about stuff that’s going on in the world but not necessarily doing it because you actually care about what’s going on, but rather because you view it as a trend or you don’t want to seem like a bad person for not talking about it.”

“It affected me negatively because they were someone I had confided in and trusted my entire life with for years only for my image of them to be ruined,” Romo said.

They continued to talk about how it not only affected their friendship but also Romo’s mental health.

They said, “It did impact my mental health because transphobia is still such a prevalent thing within every age group and so to have somebody you thought was so understanding and on your side suddenly let somebody else disrespect you and treat it as a joke makes you feel like a joke.”

Performative activism is well and very much alive to this day and it is very common in our community especially our friends and community online.

A senior from Cerritos High School, Jared Yarbrough was asked his definition of performative activism.

He said, “My definition of performative activism would be someone presenting themselves as a person who cares about a topic simply because it boosts people’s opinions of them as a person rather than because they think it’s the right thing and this can be seen in outside areas of their life where they go against the things they ‘raise awareness’ about.”

He stated, “I had a huge issue in trusting a lot of the people around me and their intentions when they aren’t affected directly by the cause they were raising awareness to, and I felt super discouraged to even talk about these issues because I knew a lot of people in my community would use it to build their platform instead of to raise up the voices that needed to be heard. I’m also not friends with the people who were unwilling to hear about why what they were doing was performative.”

Thus, this goes on to show it’s not just present in influencers or celebrities but also within our own communities. Friendships have been lost and too many people have been negatively affected because of these ignorant people.