Restricting abortion will not reduce unplanned pregnancies—education and agency will 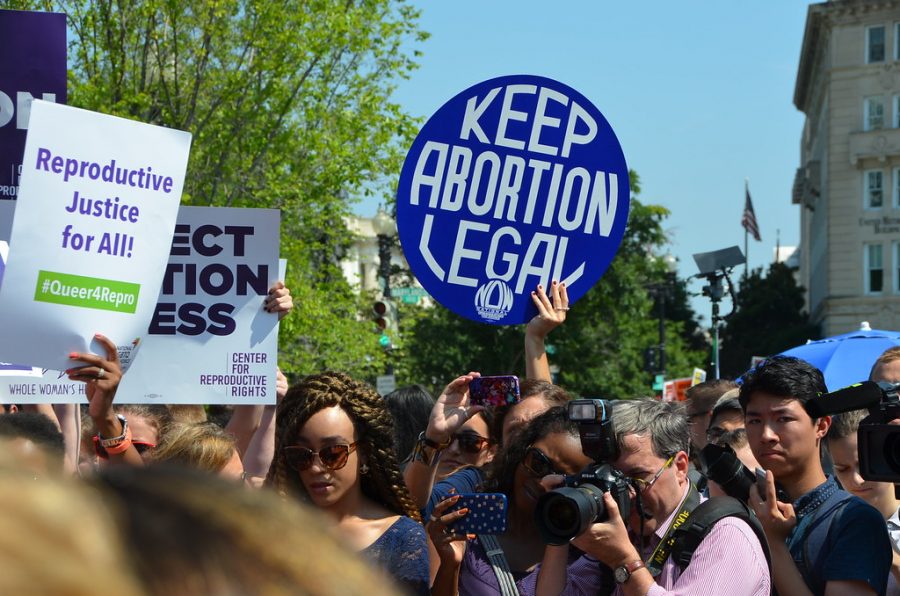 The hardest decision a woman can make shouldn’t be taken away.

In recent years, many states have passed laws that limit healthcare providers’ ability to perform abortions and patients’ ability to access them.

Between 2011 and 2017, 32 states passed a total of 394 new abortion restrictions. Those restrictions included many so-called TRAP laws, which require abortion providers to meet burdensome criteria.

This has increased the barriers that people in those areas face to accessing abortions, forcing some to travel long distances, even across state lines. But it’s not entirely clear what role those laws or clinic closures have played in changing abortion rates at national and state levels.

Restrictions imposed in some states are not based on medical evidence and will do nothing to improve women’s health and safety. In fact, these requirements put women at risk by standing in the way of safe reproductive care.

Sophomore AVID teacher who teaches about sexual health and wellness, Amy Holte said,” No one wants to have an abortion. No one wakes up and thinks ‘you know what would be fun today? Getting an abortion.’ It’s a difficult decision for everyone involved but having that choice is vital.”

Surprisingly, according to a report from the Guttmacher Institute, the rate of abortions performed at healthcare facilities declined in most states from 2011 to 2017, regardless of whether or not those states had implemented new abortion restrictions or closed clinics during those years.

In fact, more than half of the reported decline in abortions occurred in states that didn’t pass any restrictions or close any clinics over that time period. This includes states that took steps to increase access to abortion, such as California.

The authors of the report also found that the national birth rate declined from 2011 to 2017. This suggests that fewer abortions may be taking place because fewer people are getting pregnant, perhaps thanks to improved access to birth control.

The best part is that both sides of the abortion debate should welcome the decline. Abortions don’t appear to be decreasing because of reduced access (although that is a problem in some places). The rate seems to be falling because of the increased use of effective birth control and better sex education.

Digital Media teacher, Edward Valenzuela said, “Both pro-life and pro-choice people should be on the same page about reducing unplanned pregnancies and abortions even if they have different reasons for it.”

Reducing the rate of abortion and unplanned pregnancy doesn’t start and end with more access to birth control. It begins in our classrooms, especially at a young age. Taking the stigma away from sexual education will inform future generations on understanding their own bodies and the choices they have.

Research does confirm that high-quality comprehensive sexual health education does help students make healthy choices.  According to the Center for Disease Control and Prevention (CDC), students who participate in these programs are more likely to:

Delay initiation of sexual intercourse
Have fewer sex partners
Have fewer experiences of unprotected sex
Increase their use of protection, specifically condoms
Improve their academic performance

“Sometimes having a more open and frank conversation about sex and birth control at a younger age is a really important piece,” said Holte.

OCDE Administrator of Health and Wellness, Dareen Khatib said, “The goal of health education in any area (sexual health, nutrition, violence prevention, mental health, substance use prevention, etc.) is to help students gain an understanding of health information and learn how to access health services when they need them. Educators and education can’t tell students which services they should get, that is a personal decision that is hopefully made with the family so that family values and beliefs are considered.”

Abortion restrictions may put a woman’s physical and emotional safety at risk. Limited abortion access may result in more women being unable to terminate unwanted pregnancies, keeping them in contact with violent partners. This puts both women and their children at increased risk of violence.

Another important component needed to prevent unplanned pregnancy will have to consist of equipping females to navigate relationship dynamics and have agency.

“I think relationship abuse is another huge piece of that too though, in like a very like uneven power dynamic. I think that causes a lot of our abortion issues. I think a lot of our teen pregnancies are from that uneven power dynamic. But in a lot of times, I’ve heard a lot of stories about like, you know, girls just don’t know how to say no. And it’s unfortunate but they don’t feel like they can because they are told that they’re being in love,” said Holte.

“Through education, they learn what services are available and for what, that is everything from birth control, to adoption, abortion, testing for sexually transmitted infections, etc.  But the education is not advocating for one service or another or placing value on one being better than another.  We are hoping to build the critical thinking skills of students so they can make the best decisions for themselves to be healthy and live a fulfilling life,” said Khatib.