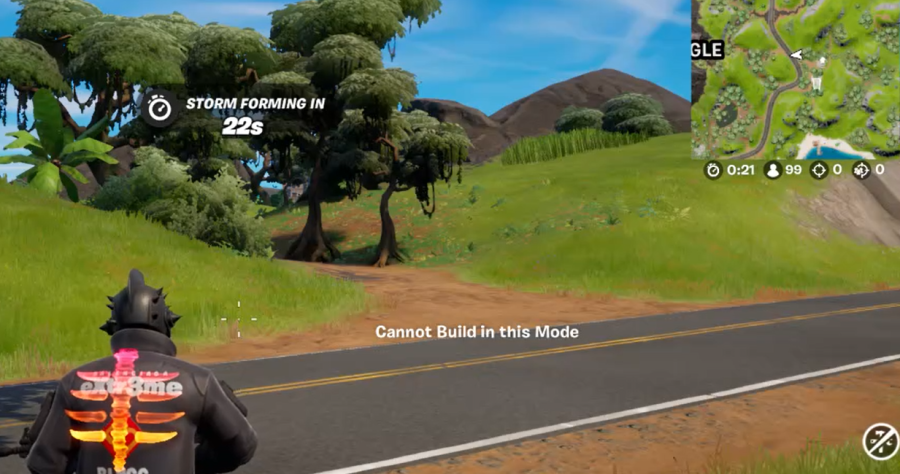 Building, editing, shooting, healing, picking up teammates, and getting the victory royale are some of the key components of “Fortnite: Battle Royale.” To elaborate, a battle royale is a game in which you are put against 99 other players where you fight to eliminate everyone else and be the last one standing. However in terms of “Fortnite” things have started to change. Some of the most iconic features the game offers are being tossed while new ones are being added. Does this make the game too plain? Does it make it another plain battle royale if the uniqueness is removed and will the players complain? Not exactly.

Recently “Fortnite” has made some bold decisions going into this new update in Chapter Three, Season Two. They ditched the building and editing, mechanics which allowed players to create their own defenses anywhere on the map, and added some new mechanics like mantling to get over walls, as well as a new faster sprint, shoulder bashing to bust doors open while running, and overshield an extra layer of health that slowly regenerates over time as mentioned in the Patch Notes by Epic Games. Many of these if not all seem to have taken inspiration from other games, (Faster sprint, Shoulder Bashing doors open, and overshield being a passive healing mechanic like in “COD Warzone” and Octane from “Apex Legends” as well as mantling being like the climbing mechanics like you see in “Apex Legends” and the “Call of Duty” series which are other popular battle royales), but does this make it just a clone of those games or do people continue to prefer it over others?

As Middle College teacher Laura Compton says, “Without building it has become like many of the other BR games. It plays more like ‘Warzone’ than it does ‘PUBG.’”

This isn’t the first time “Fortnite” has made a move to take inspiration from another game and put it into their own either. Back in chapter one season eight they introduced reboot vans. This added the mechanic of being able to essentially resurrect your teammates and get them back in the game even if they were finished off completely. If you are able to get your teammates reboot card, an item with a timer dropped upon death, within the time frame you can reboot them at a reboot van. This mechanic mimics the Respawn Beacons that are in “Apex Legends” and is similar to the respawn mechanics of “Call of Duty: Warzone.”

This new change is focused on in the Forbes article “‘Fortnite’ Is About To Become A Lot More Like ‘Apex Legends’” by Erik Kain who said, “This is almost exactly how respawning works in Apex Legends, the new battle royale sensation from Respawn Entertainment. In that game, if a teammate is downed you need to grab their card and run to a respawn point. The player will then redeploy onto the map and will need to find new gear and weapons as quickly as possible.”

“Fortnite” has taken inspiration from other games before but has still kept its originality; yet this inspiration has caused controversy in the past amongst the communities of “Fortnite” and the games in question especially during the time reboot vans were added. Now things have seemed to die down and each community stays in their own communities but these changes are becoming more drastic.

Senior Jesse Camacho said, “I don’t think it’s copying anything as it only removed a feature that most of these games already didn’t have.”

Building being removed technically isn’t a new feature but rather a feature that has been removed from the game. It has been temporarily removed, being part of the story line, and has been added as a different game mode option. It helps bring a different play style to the game as it forces you to fight rather than build and hide in cover since that is no longer an option. You are constantly engaging in gun fights rather than build battles, (fights where you and the opponent would use the building mechanics by making towers and playing around them with structures like walls, floors, slopes, and cones), and that alone changes the feel of the game a bit.

Compton also said, “I think it has made competitive watchable. Games are faster and more direct.”

Competitive “Fortnite” has had a change as well due to the new found style of gameplay to “Fortnite: Battle Royale.” There are more gun fights and no building at all which is something many can find difficult to master or boring even and they would much rather engage in combat than building.

Camacho stated, “It’s made the game more accessible to play with friends who were intimidated by the skill gap before.”

This change has been positive for the majority of the player base as well as for new players coming to the game who do not have the hang of the building mechanic quite yet. This update has also brought new forms of movement with updates such as this being what drive the game forward and keep things fresh and interesting. Overall this update has been a good one that has changed the game yet again and keeps people playing. It is safe to say that with updates like this, “Fortnite” will continue to draw players to their game for a while.